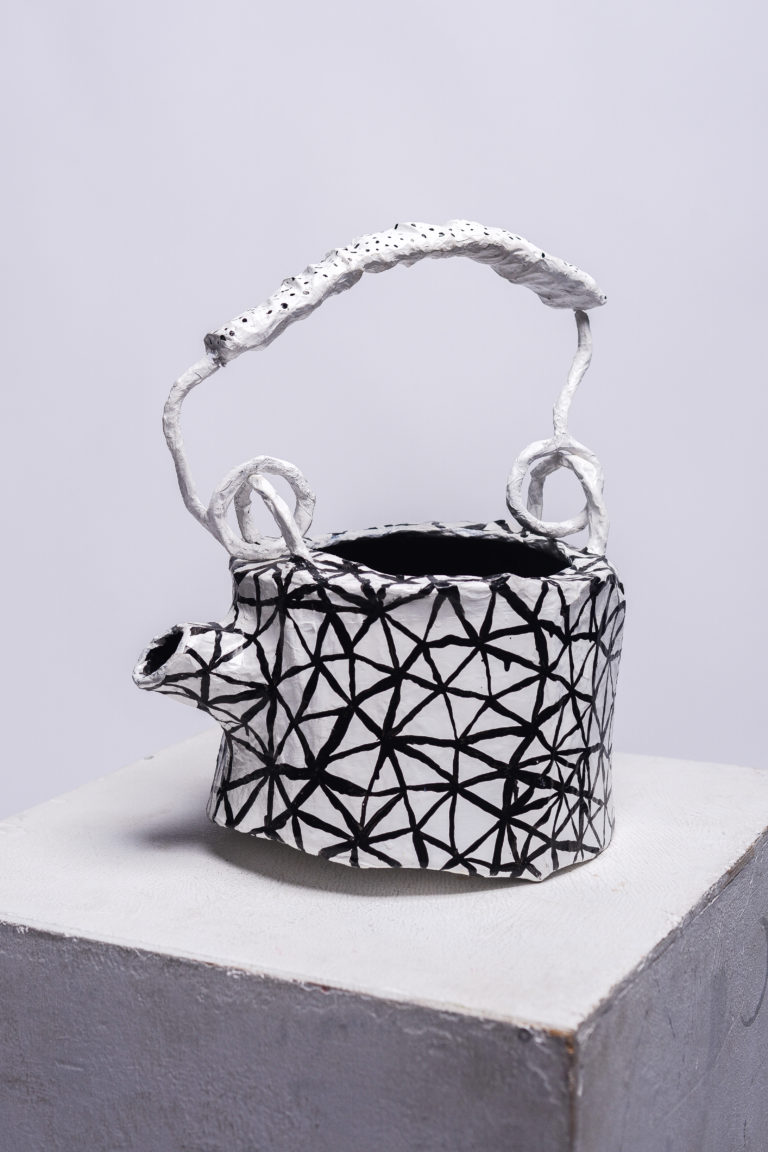 The Teapot — Sculpture in Wire and Papier-mâché

(scroll down for story)

I like kettles and teapots. From old to the very newest cyberspace ones, ceramic, enamel, cast iron, glow in the dark pumped full of electronics and super smart ones. Maybe it’s just the idea of this object the sole purpose of which is bringing warmth and heating water.

I drink a lot of tea. Mostly black. Whenever I’m working, there’s always a cup beside me.

When I wake up or when I get home from wherever I’ve been, the first thing I do is I turn on the kettle. I like the sound of it. It makes me feel like things make sense. I might not even use the hot water to make myself tea later, but turning the kettle on, hearing its sound is a ritual that has worth on its own.

Same with the tea. I don’t always drink it when I’ve made myself a cup. Sometimes just having a cup beside me is enough. It’s comforting, and it makes the world make sense. A lot of the time I also use getting tea as a reason to get up and stretch in between bits of work.

When I moved to St. Pete in 2013 a teapot was the first thing I bought to make my dorm feel like home. It was a cast iron pot, dark, close to the natural cast iron color. Almost perfectly round, but a bit flattened at the top and bottom, and with a different texture on the upper and the lower half. I still have it (cast iron lives forever), but I don’t use it as often, because the net on the inside (the one that’s for holding the tea leaves) broke, and I haven’t been able to find one of just the right size to replace it.

The teapot sculpture was born at the same time as the Bird, as I was getting ready for my first solo show. I knew that the bird needed company. I knew the bird would be standing right in the center of a very big room, and what better way to make it feel more at home than a teapot all of its own.

I like the very clear imperfection of the sculpture teapot. The very fact that it’s a teapot that can never really be used too brings me joy. It feels to me like the pure idea of a teapot, I guess. The pattern on it seemingly having structure (seemingly a simple triangular net), but then the structure never quite working out. And the sculpture clearly having near perfect proportions, but executed in a way that makes it look as if it was made by a clumsy kid during recess in kindergarten.

I don’t know if I’ve said this out loud before, but that’s what I value most in my work, perfect imperfection, the tension and balance between the perfect and the imperfect, the loose and the structured, the random and the intentional.