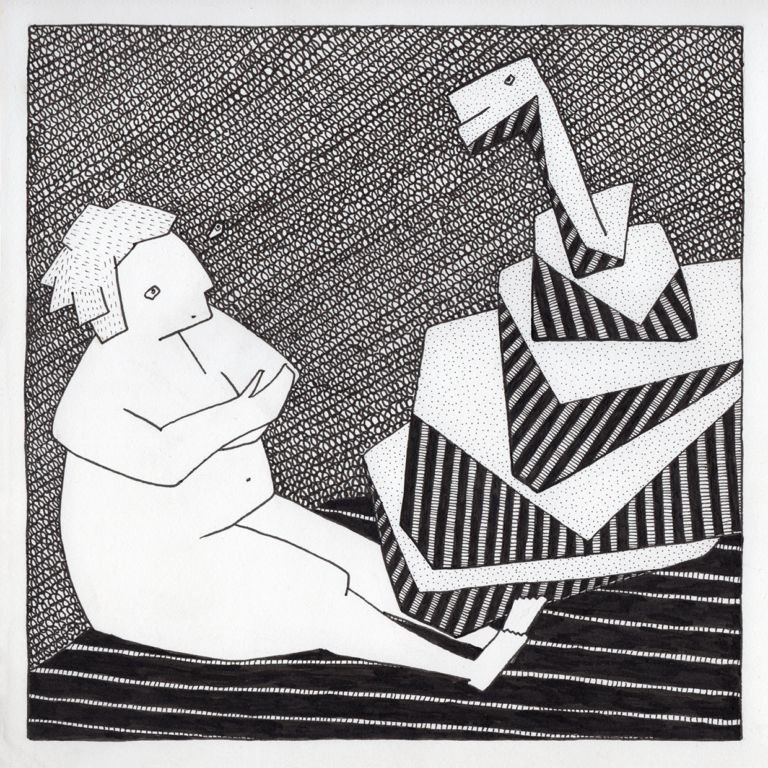 Girl and Python — Some Stories Squared

I am usually not this literal, but yup, this is a Python pic.

For the past 54 days, one to fifteen hours of my day each day have been dedicated to studying Python and things connected to Python.

It’s not my first programming language. I’ve done some PHP and some JavaScript. And I use PHP in my daily work. But Python is special. It’s a language that feels right.

The whole thing about me and programming is that programming makes me feel safe. Here’s the thing about writing code: when something’s not working there’s always a very particular reason. It may be a dumb reason, like making a typo or missing a space or a colon somewhere. Or it may be something more complicated, like getting something wrong in the logic of your code. It might even be several things, but they’re all specific things, and they’re things you can find and fix.

That’s something that makes me feel in control. With life, things can be just screwed up, with no rhyme or reason. With code, it always makes sense, even if it’s a screwed up sort of sense.

I started learning Python a few days after a car crashed into the side of the taxi I was riding in.

It wasn’t too bad of an accident, as those things go.

One moment I was heading for lunch with my boyfriend after sculpture class, somewhat zoned out and listening to an episode of Darknet Diaries. And then everything was dark, the world slowly coming back into view, nonsensical and blurred, me trying to process the loud thud I must have heard a while ago and that was only now starting to register, and the stingy ringing somewhere inside the suddenly giant space of my head.

I brushed it all off at first, but I ended up being more shaken than I anticipated. Maybe, in part, because the concussion kept making me nauseous and giving me pretty bad headaches for a minor eternity. The moment just kept playing through and through in my head, and it always ended with the thud and the ringing in my ears.

The way I’m trying to write this story is really wrong. I am trying to write it as if it made sense when it doesn’t. Nor does it really have structure. But written text should.  Nor should it sound like a pity tale. But it does.

I don’t know a right way of telling it, and there probably isn’t one. It’s just that the world stopped making sense for the third time in the span of less then half of a year. And I needed it to.

Python made sense. Python was magic. The stream of beginner exercises and simple projects I found on Hyperskill gave the world shape.

I love code. Code soothes my anxiety. It makes me feel in control. Even when it’s eternally frustrating, I know that there’s a reason for something not working, and it’s usually something very specific. And it can be fixed. It’s a big relief for my inner control-freak.

And for those of you who do code, the DRY principle has sure as hell not been applied to this text. You’ll have to forgive me that and enjoy the pic.

4 thoughts on “Girl and Python — Some Stories Squared”